Does Your IT Support Test Your Backups? (and Why They Should)

Ask any business owner you know who has experienced data loss, and you'll find one thing in common: none of them thought it would happen to them. Unfortunately, data loss is so common in today's digital landscape that the question isn't whether you'll experience one but when and how much you could lose when it does happen.

It's a bitter pill to swallow, but you can still lose some data even if you hire a reliable IT support company to set up the most advanced Backup & Disaster Recovery (BDR) system. The biggest problem isn't the BDR; it is believing that it's always working properly without testing.

"[Backups are] not a one-and-done thing. It's a journey, not a destination," says Peter Swarowski, Director of Operations at Intelligent Technical Solutions (ITS).

Testing your backups is a small but vital part of your business continuity and disaster recovery plans.  With that in mind, you might be asking yourself, is my managed service provider (MSP) testing my backups?

ITS is an IT support company that has helped hundreds of companies in the Chicago, Detroit, Las Vegas, Los Angeles, Phoenix, and San Francisco areas set up backups and recover data. Our team is dedicated to helping ensure your technology is always running smoothly.

Does My IT Support Company Test My Backups?

The answer to that question depends on your agreement with your service provider and your priorities.

While a reliable MSP will test your backups, it's considered a billed project, meaning you'll pay extra for the service. That's because it requires certain resources to get right. Your provider might even need to set aside a maintenance window so that they can take things down as part of the test. In other words, it's a task that requires your commitment. You need to set aside the budget, the time, and the people to get it done properly. That's where most problems arise.

According to Swarowski, many businesses fail to do regular testing because they don't want to invest that amount of time and money into a project that doesn't provide immediate benefits. He explains that sometimes, they would reach out to a client to conduct a scheduled test, only for the client to reschedule or forgo the test altogether.

"Many companies are not aware of the risk because they haven't gone through it," Swarowski says. He adds that the only way to get the task done properly requires support from the top-level leadership of an organization to say, "this is where we invest our time, and we make sure that these things happen because we recognize its importance."

Is Testing Backups Worth the Investment?

Spending time and money on a "what if" scenario can be difficult to wrap your head around, especially for small businesses. You might be struggling to keep your revenue up, or you could be focusing on growth. Time and money are resources you don't have in abundance. Because of that, it's very easy to forget about the threat of a backup failure.

However, it's crucial that you don't because it could cost you more than you bargained for. In fact, 94% of companies that lost their data do not survive, with nearly half never reopening.

As we've mentioned earlier, backup testing is a small but critical part of your business continuity plan. Unfortunately, you never think you need it until you do. And at that point, it's already too late.

Take a look at some of the most notable backup and recovery horror stories that made headlines in the past:

In 1998, a Pixar staffer accidentally ran a "remove all" command which deleted 90% of Toy Story 2, a film that cost $90 million to make and grossed over $511 million. Of course, the company had a BDR system in place when the event happened. Unfortunately, it had already failed to work a month prior to the incident. They could only save the film with an insane stroke of luck because one employee was working from home and had the files on her home computer.

Pixar's gaffe may be old news, but it remains one of the best examples of why backup testing is necessary. 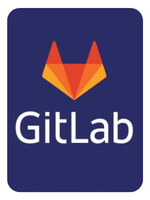 Unfortunately, instead of fixing the issue and restoring the database, the sysadmin accidentally deleted about 300 GB of live production data. It was already 18 hours since the GitLab database went down by that point. It would take another 18 hours to fully restore as the backup process failed again due to several other complications.

The gaffe should serve as a lesson that backups are useless if the restoration process fails. That's why testing your backups is critical to prevent such scenarios from happening to you.

Ready to Let Your IT Support Company Test Your Backups?

Testing your backups is crucial in helping your business survive data loss incidents, whether it's caused by a cyber-attack, human error, or natural disasters. It can ensure your backup kicks in when you need it most. Otherwise, you could suffer longer downtimes or lose your business.

Your IT support company can conduct regular backup tests for you as a special billed project. However, you will need to invest time and money so they can do it properly.

ITS has helped hundreds of businesses recover from data loss incidents. From our experience, it's better to test your backups than be sorry. Schedule a free IT services consultation with us to get started.

The Consequences of Not Testing Your Data Recovery Plan

Do You Have a Technology Backup Plan?

What Your Data Backup and Recovery Plan Looks Like with ITS