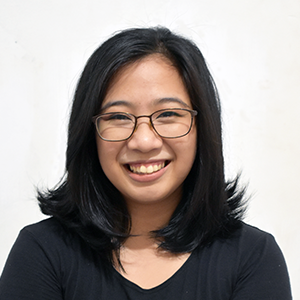 By: Kharmela Mindanao on September 7th, 2022

When I asked Todd for information he thinks people should know about him, he laughed and said, “As long as you let everyone know how handsome I am, it’ll be fine.”

He is, in his own words, a “bit of a personality.” As a self-described loud, class clown, Todd is someone whom you notice in a room - and he claims you may not always like what you see, but he’s going to stand out. And he’s perfectly alright with that.

Todd Bentley was born in Stevens Point, Wisconsin. He moved to Michigan, then Indiana, New York, Nebraska, Oregon, went back to New York, then ended up in Pennsylvania. All before graduating high school.

Fast-paced is an understatement for how Todd’s lives.

In fact, one of the most influential events in his life happened entirely by accident. Todd had worked a summer job in upstate New York, and when he went back in summer next year, he fell out of a 40ft tree.

“I destroyed my leg and couldn't walk. The people at the resort were nice enough to let me stay in one of the hotel rooms for nine months until I had enough surgeries to be able to walk again,” Todd said.

He ended up living there for four years. Little did he know, his abrupt stay was where he’d make lifelong friends.

“This first week of August, I'm heading out to Saratoga for an annual trip to see a bunch of my old friends. 70% of them were people that I met at that resort,” he said. 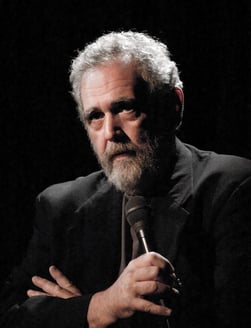 When asked who influenced him the most, he said, “Definitely Barry Crimmins.”

Barry was a comedian and an activist; Todd considers himself a fortunate man to have known him.

“I was in a dark place in my life, and he let me ride it out,” he said. “And Barry wasn’t perfect, he could be gruff. But he absolutely was inclusive of everyone and tried to make the world a better place.”

And so he keeps Barry in mind when experiencing challenges.  “How would Berry react to that?” he said.

Todd Bentley’s Role at ITS

Todd Bentley is the Team 1 Lead based in Las Vegas. He’s in charge of every employee, every tech, and every client in Team 1. He pinpoints any obstacles to their team's goals and does everything needed to make operations as smooth as possible.

“It’s like herding cats and helping people,” he jokingly said. “That's pretty much it.”

The specific tasks he does on a day-to-day basis are always evolving. He aims to make things easy on his team and give them the stability and support they need to do their jobs.

On the client’s side, part of his role is keeping clients aware of what’s going on with their tech. He tells them about any important updates or urgent security warnings, and in return, clients assigned to Team 1 can contact him for their questions.

He mentioned how juggling many companies at the same time can be hectic but pointed out that the fast-paced environment brings its own rewards.

“It's exciting because you're always learning something, and you run into new people. It can be quite fun when you're not pulling your hair.”

When asked about what he likes the most about being Team 1’s lead, he said, “I like getting things done. There’s a sense of accomplishment when you cross a finish line and find out what’s wrong or create a new path.”

But he wasn’t always the head of Team 1. Before taking the reins of the team, he was a Level 3 Technician, and before that, he had over 20 years of experience working in the tech industry. He noticed being a team leader is less about what he does and more about his ability to pave the way for other people. It was a far cry from his previous roles as a hands-on technician.

Todd was frank about his experience adjusting to the new responsibilities.

“Becoming Team Lead was somewhat challenging for me,” he said. “The part where I started delegating and encouraging and even training people was a bit of a struggle. That was kind of frustrating, and I made a couple of mistakes. I learned from them, and now, I think I'm actually pretty good at it [being team lead].”

Overall, working as a Team Lead has been a challenging yet fulfilling experience for Todd. As a self-described “go-with-the-flow” kind of person, he’s looking forward to more years in this role.

When asked about his long-term plans, he didn’t hesitate to share that he didn’t have any - and that sticking to short-term goals fits him much better than trying to dictate his future. Because he constantly bounced from place to place as a kid, he’s learned how to thrive in an ever-changing environment.

He does, however, have hobbies he looks forward to each day. Todd wants to bring more happiness into his life via the small things - going out with his friends, taking long walks and hikes, and experiencing new adventures.

But Todd quickly clarified that he wasn’t a sporty person.

“I mean, I can walk. But if you see me run, it looks rather comical, so I don't do a lot of that. And I'm also a very pasty white person, so I just end up walking away from swimming pools with a horrible burn.”

He has other less physically demanding hobbies, such as Fantasy Sports. Here, he enjoys choosing his players and getting into competitions with his friends, figuring out who has the best team. Despite not being a sporty person, he noted he’s always been a sports nerd.

“It’s an interesting thing,” he said, “When you actually get to watch them [gamers] evolve from somebody who throws up randomness to people who try to be unique and evolve their directing and editing skills.”

Overall, Todd looks toward the future with happiness in mind, trying to make the world a better place just as Barry did. With his cheerful and honest disposition, he’s well on his way to having a meaningful, spontaneous, and joyful life.

Why Should I Pay for IT? The Value of Good Business Technology

What Makes a Great IT Team?