When Should You Upgrade Your Business Environment to Windows 11?

Let's address the elephant in the room. Support will end for Windows 10 in October 2025; that's just a couple of years away by the time this article comes out. And soon, it will join Windows 7 and retire in some Operating System (OS) graveyard somewhere in Microsoft HQ. It's inevitable. While Windows 10 may have been one of the best ever launched by the tech giant, nothing can stop the wheel of obsolescence.

However, if your office environment is still running Windows 10, don't panic. There's no need to jump the gun and upgrade to Windows 11 en masse. Instead, you should ease into it. Allow yourself to adapt to the changes to make sure that your systems are ready for that inescapable upgrade.

So how do you know you're ready for Windows 11? We can help guide you with that.

At ITS, we've helped hundreds of businesses make smart decisions and keep up to date with the latest technology. In this article, we'll help you decide the best time to upgrade to the latest version of Windows. To do that, we'll discuss the following:

Why Upgrade Your Business Environment to Windows 11?

Upgrading to Windows 11 is inescapable. You will have to do it at some point. However, if you still need some convincing, here are a few reasons why you should upgrade your Windows to the latest version: 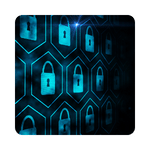 Microsoft likes to highlight security when they discuss Windows 11. That's because it's one of the main selling points of the new OS. In fact, you won't be able to upgrade unless your computers have the latest essential security hardware.

"One of the major requirements to [upgrade to Windows 11] is something called a TPM, the trusted platform module. It's a little chip installed inside your computer that will do hardware encryption," explained Kyle Ramirez, our Technical Sales Engineer from ITS San Francisco.

"From a security standpoint, there's a lot of encryption standards in Windows 11, and that requires this TPM chip to be already installed," Ramirez added.

The TPM chip is a security powerhouse. It manages cryptographic keys to protect your machine's OS and firmware. That allows Windows 11 and certain applications to conduct ultra-secure cryptographic functions. In addition, it validates hardware and software components to ensure no one can tamper with your device. 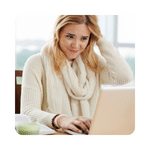 One of the more obvious changes brought by Windows 11 is the steps it took to simplify both its aesthetics and functions. According to Ramirez, updating policies on the new OS are easier and less frequent. That already effectively reduces complexity in your environment. "Also, the Windows 11 interface is a little more simplified," he added. The new menus and taskbar are more streamlined and less cluttered.

Ramirez cautioned, however, that simplification has its pluses and minuses.

While Windows 11 might look more streamlined on paper, it's a different story in practice. The interface of the new OS includes a major facelift which also means users will have to retrain themselves in order to get the hang of it. On the other hand, if you are able to accommodate those changes and address those points of confusion, you will be able to make the most of a more simplified Windows version. 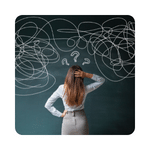 Trying to keep Windows 10 might make it harder for your team to collaborate. That's because most new machines coming out will likely have Windows 11 built-in. According to Ramirez, that can cause a split within your organization. Some users might be on the latest version when they get new devices, while others still use Windows 10.

"They may be less able to help each other because they don't have exactly the same menus. So it can add to the confusion," he said. The simplest way to address that issue is by aligning everyone and upgrading to the latest version. 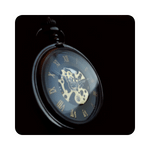 When an OS reaches its end-of-life, you will no longer receive support from official channels. That means you no longer get critical security patches, and many of your apps might stop working correctly until you upgrade your Windows to the latest version.

It can hurt your operations by slowing your systems down or cause longer downtimes when something breaks. Also, it will be costlier to deploy workarounds so you can keep an outdated OS running.

When is the Right Time to Upgrade Your Business Environment to Windows 11?

There's no single answer to when you should upgrade. It all depends on whether your systems are ready for the new OS.

"It really depends on whether your applications are already supported by Windows 11," Ramirez stated. "Windows 11 has the same technical base as Windows 10, just with a new look and feel. Under the hood, the engine is still the same, so for the most part, your applications should work," he added.

On the other hand, some legacy applications or outdated equipment your team is using might have issues with the new OS. Ramirez advised that you should get your IT team involved in the process to address that. "It's really important that you test [your systems] so you can identify problems beforehand. Ask your IT department to test Windows 11 and all of your applications. That's also a good way to determine your readiness to upgrade," he said.

When asked whether businesses should upgrade to the new OS sooner rather than later, Ramirez said he would advise them to test their systems on Windows 11 sooner. However, there's really nothing compelling company owners to upgrade right away.

Things to Consider Before Upgrading to Windows 11

There are a couple of things that you should keep in mind if you do decide to upgrade to Windows 11 sooner. Take a look at some of the main considerations: 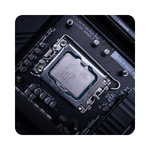 Windows 11 can only run on more current devices. Unfortunately, users with older machines will either need to find a workaround or forgo the upgrade altogether. That's because Windows 11 needs a certain generation of central processing units in order to run at its full capability. If you're upgrading the OS for your entire office environment, you will need to consider the number of unsupported devices you will need to upgrade with it.

You can find all the system requirements for Windows 11 here. 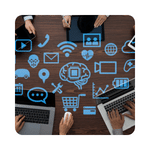 It's vital to test whether any of your business-critical software is supported by Windows 11 before upgrading. You can do that by deploying a test machine to determine whether any of your applications break or experience issues while using the new OS. 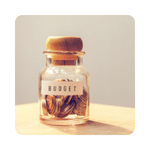 Upgrading will sometimes force you to invest in newer and more powerful machines, which could end up as a costly affair. That's because Windows 11 only works on devices that have a TPM chip already built into its motherboard. It's not an upgrade that you can just add to older laptops. You might also need to consider buying new company-issued machines for team members using their own outdated personal computers.

While upgrading your OS may end up costing you, the returns include better security and significantly improved performance in the long run. And like we said earlier, you will want to update before Windows 10 reaches the end of its life. So, you might want to start setting a budget aside for the upgrades sooner rather than later.

Ready to Decide When to Upgrade Your Windows Environment?

Windows 10 is nearing the end of its life, but you still have time to test whether your systems are compatible with Windows 11. Take that time to prepare before upgrading. Try to determine if your business-critical systems are ready for the new OS and whether you have the hardware requirements to run it. Otherwise, you will need to set aside a budget so you can upgrade your devices in the future.

At ITS, we've helped our clients manage and optimize their Windows environments so they can make the most of their technology. If you want to learn more, check out our article on Why Windows Keeps Creating Updates and Why You Need to Keep Up.

What You Need to Know About Windows Ink

Windows 10 Tips That Will Make Your Life Easier

Is Windows Firewall Enough in 2023? (Pros & Cons of Windows Defender)