Now is the Time to Focus on Your Company’s Cybersecurity

These are hard times for cybersecurity. From 2020 onwards, businesses across the country have been met with record-breaking numbers of cyber incidents. In fact, the first quarter of 2022 already saw an all-time high in data breaches, beating out the previous record set in 2021. Even worse was that 92% of those breaches were caused by cyber-attacks.

Let that sink in for a moment. If those Q1 numbers are any indication, 2022 will be another record-setting year. That’s unless we do something about it. If you’re reading this, asking yourself when you should start seriously investing in and bolstering your security efforts–the answer is NOW!

“It’s a sad state of affairs that we even have to have these conversations, but this is the world we live in now,” said ITS partner from San Francisco, Rob Schenk. “Businesses are going to continue to be breached, and the severity of these breaches is going to increase in magnitude.”

That means the time for waiting is over.

Gone are the days when security breaches crawled around internet forums, obscure from the public eye. Now, they’re featured in headlines across the world so frequently that people are starting to normalize them. A breach reported today is often treated as just another Tuesday. But the impact they bring can still devastate businesses and livelihoods.

You need to rethink and redesign your company’s security policies and practices NOW, or your company name could be on the next headline. At ITS, our team is dedicated to helping small businesses prevent that outcome. That’s why in this article, we’ll help you understand the urgency of bolstering your security efforts as soon as possible.

Why You Need Cybersecurity Now

Cyber threats aren’t around the corner; they’re already right under your nose. They’re here, and the longer it takes you to acknowledge that, the more likely you are to fall victim to them. Take a look at the reasons why cyberattacks are an urgent matter: 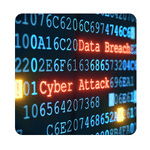 The Number of Cyber Attacks is at an All-Time High

In a report by the Identity Theft Resource Center (ITRC), the first quarter of 2022 saw a 14% increase in data breaches. That’s a new record, but it gets worse.

Let’s dig into that for a moment. Q1 traditionally has the lowest number of data compromises reported each year. That means you wouldn’t be far off in assuming that those numbers will continue to increase in the next quarter. In other words, things are just getting started.

Eva Velasquez, President and CEO of the Identity Theft Resource Center said, “the fact the number of breach events in Q1 represents a double-digit increase over the same time last year is another indicator that data compromises will continue to rise in 2022 after setting a new all-time high in 2021.” 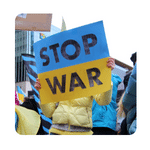 Global Events are Adding Fuel to the Fire

From the pandemic to geopolitical unrest, global events have had a massive influence on the number of cyber incidents in recent years. “Any time you have economic difficulties or geopolitical unrest, you can expect crime rates to increase, and the same is true for cybercrime,” Schenk said in an interview. That’s because state-sponsored hackers and cyber gangs love to take advantage of the chaos.

For example, the lockdowns caused by the pandemic forced many companies to adopt work-from models. However, very few of them were actually prepared for it, causing confusion and wreaking havoc. That presented a great opportunity for cybercriminals as businesses did not have ample cybersecurity to support remote work. As a result, top security experts were recording as many as 4,000 attacks each day in 2020. 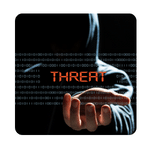 Around 10 years ago, it would take a hacker about 28 days to build a malware program to exploit a system vulnerability (way for a hacker to gain access to your network). Today, it could take them just a few days. 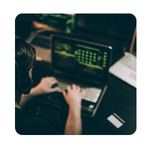 In a study by security firm Positive Technologies, hackers can penetrate 93% of company networks. What’s even more frightening is that after penetrating your defenses, a threat actor could lurk inside your network for an average of 287 days.

It’s not hard to imagine that a cybercriminal might already be rummaging through your files looking for valuable data while you’re not looking. That’s one of the reasons cybersecurity professionals have recently adopted an assume-breach mentality. It’s because the likelihood that your company’s security has already been breached is pretty high.

What You Can Do About Your Cybersecurity Right Now

Just because the threat is already present doesn’t mean there’s nothing you can do about them. Here are a few cybersecurity steps you can get started on right now:

Ready to Improve Your Cybersecurity Efforts?

Cybersecurity is an urgent necessity for your business. Threats are always present, and they are increasing in both frequency, complexity, and magnitude. The only way you have of defending against them is by taking proactive steps today so you can deal with them appropriately when they do come.

At ITS, we’ve helped hundreds of businesses improve their cybersecurity efforts with a proactive approach. If you want to learn more, check out our video on the 15 Ways to Protect Your Business from a Cyber Attack.

How to Protect your Company’s Security Network

Concerned about the 600% rise in cybersecurity attacks in the past few months? So are we. Ransomware, phishing attacks, MITM attacks - your company...

In today’s internet-driven world, every moment your users connect to the internet puts your organization at risk. Cyber threats are continuously...

Does My Company Need Cyber Insurance?

Unless you’re sure that your cybersecurity is invincible, you will need cyber insurance.