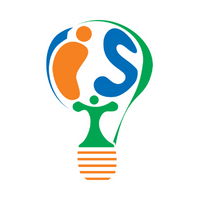 Lessons Your Business Must Learn from Significant Cyberattacks

In 2014, Chase Bank suffered a major breach that exposed the data of over 83 million clients. Hackers infiltrated their network and stole millions of personal client information for a month before the attack was even discovered. The incident raised concerns about trust and sent the bank's stock shares crashing down.

Investigations later revealed that they could have prevented the attack had they deployed a simple but effective measure: two-factor authentication. A solution that was not only cheap, but also easy to deploy. It could have saved them from spending millions of dollars and all the headaches caused by the incident.

In the end, it was a very costly lesson for Chase Bank. Not only did they have to compensate the victims of data theft, but they also had to recover their reputation. Thankfully, you don't need to suffer the same fate to learn the same valuable lesson.

Here at Intelligent Technical Solutions, we help hundreds of businesses protect their network from attacks using a multi-layered cybersecurity approach. Our mission to create a safe network for all means sharing our knowledge about cybersecurity to everyone.

This article will share essential lessons from some of the recent significant cyberattacks. After a complete read-through, you'll understand what you need to do to better prepare your business for possible attacks.

Sometimes, It Isn't Just About Stealing Data or Money

Though financial profit is the typical reason behind most attacks, there were several hacking incidents where the agenda was uncommon.

In 2014, Sony Pictures made the headlines when targeted for a data breach. The incident links to their movie "The Interview," a fictional tale of two journalists tasked to assassinate North Korea's leader.

North Korean hackers stole over 100 terabytes of data in the attack. They took employees' personal information and caused a massive stir among Sony.

It was believed that North Korea's leader Kim Jong Un ordered the attack to show his displeasure and disapproval of the film.

Hackers will Exploit Your Vulnerabilities

In mid-2017, hackers infiltrated one of the nation's largest credit reporting agencies—Equifax. The attack affected hundreds of Americans, including Canadian and UK consumers. Were there any signs that an enormous data breach like this might occur?

Investigations found that Equifax had particular vulnerabilities in their employee's online portal. Researchers discovered that the website was susceptible to a basic forced browsing bug. One of the researchers said that they didn't do special to infiltrate the system and that it was easy to get in.

"All you had to do was search a term and get millions of results —in cleartext, through a web app," the researcher added.

Despite this information being available to Equifax, it took them six months to shut down these vulnerabilities. Today, it's unthinkable that organizations as sophisticated as Equifax might be so lax in their data security.

The True Cost of Cyber Breaches

Target's 2013 data breach highlights the significant consequences of a cyberattack.

The incident resulted in the theft of over 40 million banking records and the personal data of 70 million customers, making it one of the most significant breaches in history.

Target Stores lost millions of dollars in reimbursing clients, plus another $18 million in a class-action lawsuit. In the end, the company lost over $200 million in recovery.

But, the most severe blow was the drop in customer trust. After the attack, the company experienced a decrease of 46% in its sales. The news about the breach spread across the country, making customers frugal.

Though Target was able to recover, it took them years and a lot of hard work to bounce back to recover their losses.

Are We More Vulnerable Than Ever?

Data security experts believe that cyber weaknesses are far more common than the public thinks. Many large corporations remain at risk in an era when everyone should be cautious of a data breach.

Most people would expect any businesses hit by cyberattacks will work on improving their cybersecurity. But, a study done by CyberArk revealed otherwise. 46 percent of companies who experienced a breach did not update their security policies at all.

Significant, expensive data breaches leave an organization open to legal action. Consumers also say that they are less likely to deal with a company that has been a victim of a cyber breach.

A 2018 study from CyberArk called "Global Advanced Threat Landscape Report" reported that only half of businesses follow the basic security measures required by the law.

Though their public relations department may say otherwise, this is not true. 36 percent of respondents also said that they use Excel or Word docs in saving their credentials. These documents would be an easy target even for hackers with average skills.

The report revealed that the number of users with administrative privileges spiked from 62 to 87 percent in the past years. It is an alarming statistic given the soaring cost of cyber breaches. It points out that many companies opt for team member convenience over data security best practices.

Filling in the Gaps of Cyber Security

Hackers are always looking for gaps in your cybersecurity strategies. You should always protect your IT infrastructure and critical data as the slightest mishap can be their attack vector.

Your credentials and security answer keys should be in secrecy, with you alone having access to such information.

It's also important to note that those in higher positions are more susceptible to attacks. Hackers will spend more time trying to infiltrate their system since they have greater access to company data.

Securing all your devices is also a necessity. Everything connected on the web can be a hacker's portal to your network. It includes your mobile phones, tablets, laptops, and even Wi-Fi router. Update your antivirus software to its latest version to keep the gap closed.

What Your Team Can Do?

Innovative technology is producing a new generation of security software. It combines threat defense techniques and other more conventional means of cybersecurity. Though this may sound promising, experts believe there's still more for us to do.

You can't rely on technology alone in defending your business. You and your team play a big part too. In fact, human error is the reason behind 95% of cyber breaches. The only way to prevent this is to ensure you and your employees are cyber resilient.

Having the best technology and a resilient team is the best defense you can put up against cyberattacks.

Here are practical ways your team can do to build up your cyber defense:

Are We Learning Anything From All These Cyberattacks?

History has taught us that cyberattacks are severe threats to your business. Its fallout is detrimental and could leave your business crippled for years.

The class-action lawsuit and income losses will impact your business. But its most significant blow is the loss of consumer trust. Even the most prominent companies have to work hard to win back the confidence of their customers.

Always be vigilant and follow good cybersecurity practices. Create a cybersecurity policy and contingency plans. Train your employees to be resilient.

Here at ITS, we help businesses create a strong defense against attackers by employing next-gen cybersecurity solutions and continuous education about cyberattacks.

Download and read our eBook 3 Types of Cyber Security Solutions Your Business Must Have to learn more about defending your business.

How to Choose the Right Cyber Insurance for Your Business