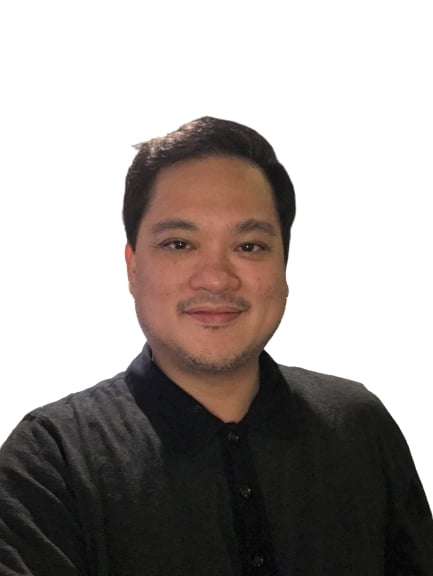 How Much Do Managed IT-Services Cost in Las Vegas?

Investing in technology and more importantly, the people who know technology is the best combination of saving money and earning high margins. In this article, learn how managed IT services cost.

Service Cost depends on the level of need:

Like most successful entrepreneurs who enjoy their hobbies, hedge fund billionaires have bought their share of Major League Baseball teams. Spending two hundred million dollars a year for their players’ salaries is nothing. Just ask the owners of the Los Angeles Dodgers. The Guggenheim baseball group bought the team for 2.15 billion dollars in 2012.

“The group, headed by Mark Walter, bought the team out of bankruptcy for $2.15 billion. Guggenheim Partners specializes in asset management mainly for large insurance companies.” – SI.Com

There’s only one problem: it hasn’t guaranteed success.

Major League Baseball’s 2020 champion the Los Angeles Dodgers spent as much as 3.5 billion dollars in the process of getting this year’s Corona championship.

After three years of frustration, they finally won. But at what cost?

On the other side of the Dodger dugout are the Tampa Bay Rays and their 65 million dollar payroll. They have been baseball’s darlings for the past decade due to their frugal, and yet very enormous success.

“The Rays lack the deep pockets of the Yankees, Dodgers, and Astros. Tampa Bay ranked 28th out of the 30 major-league teams this year,” according to ESPN.

What was the secret sauce? Investing in the computer guy.

Erik Neander is the young GM of the Tampa Bay Rays. Considered the “architect” of their success.

“Neander was all in, plotting to push himself hard, testing his own resolve for the hard work, long hours, and limited rewards it would take to make it with a team. He passed and wanted more, such as teaching himself the programming language SQL. "It only intensified my interest,'' he said.” – Tampa Bay.Com

“The GM is arguably the most important person in any organization -- more important, perhaps, than even a superstar player.” – Fox

How much is a General Manager’s salary for an MLB team? 2 to 3 million dollars.

A team with a 65 million dollar payroll and 3 million dollars general manager, can compete with a behemoth of a team that has 4 times that amount to spend in personnel and management.

And who is the current LA Dodger General Manager? Andrew Friedman.

The genius behind the Tampa Bay Rays’ success, and the manager that Neander eventually replaced.
He got “pirated” by the Los Angeles Dodger ownership group, to run their billion-dollar team, and a fan base of millions thirsting for their first championship in thirty years.

As business owners, we can learn from the hedge fund guys: investing in technology and more importantly, the people who know technology is the best combination of saving money and earning high margins at the same time.

This is the smartest expenditure we can make.

Intelligent Technical Solutions is a company that specializes in Managed IT services in Nevada.

They offer pricing on their three levels of IT services in Las Vegas.

Prices are determined on workstations: a per work station model:

$27.00 per workstation is the price for basic care.

And what does this cover?

“Basic Care is good for businesses that think they don't need full-time support,” says Tom Andrulis, CEO of ITS. “Maybe they have someone in their office that can take care of day-to-day things and they only need support for the backend management.”

Do you have 30 computers and 1-2 IT guys in your company but still need specific help?

“We've had clients with 50 plus PC’s on basic care,” says Andrulis.

“Fixing everything and anything new that comes up: move, new servers. No matter what happens, they’re covered.”

$65.00 per workstation is the price for basic care.

“Premium care is for people that want full-time unlimited reactive support but want to pay for projects when they need them,” says Andrulis. “It’s like having your own IT department. Unlimited 24/7 support.”

What other matters am I not seeing that are important?

“The only caveat is if you need something new: PC server, migration, there is a specific fee for that. $100-$150 per month. When clients want to do everything -- all the day-to-day stuff. Plus, projects --- servers getting slow. No problem. All included in the monthly fee.”

If you’re the type of entrepreneur that knows the benefits of technology but can’t be bothered to maintain your system yourself and just want to focus on business, the Premium Care Plus is the ideal package.

“This is the highest level: they want all their equipment covered. They don’t want to buy equipment. We give them new ones, replace them, newest and freshest,” Phillips says.

$75.00 per workstation
$475.00 per server
Now that you know more about the prices of Las Vegas IT consulting companies, finding the right one for your firm should hopefully feel a little less daunting.

We hope that the brief industry information given here was useful in your purchasing decision when you do your research on Las Vegas IT companies.
Now you can go online and check out customer reviews of these companies.

You may even know a friend or two that uses IT Las Vegas services and ask them directly how working with co-managed IT services care has been beneficial.

Remember: whatever IT consulting company you choose, find one that prioritizes the relationship between the IT company and the business.

Finally, if you’re looking for more than self-service content, ITS also offers Las Vegas IT consulting.

A system audit and consultation meeting for growth-focused businesses that are ready to embrace a proven IT system and strategy. Free of charge of course.
We want to make sure we are the best fit and we do right by the customer.

We can’t all be hedge fund billionaires. But we can afford the “computer” guy and the competitive edge they bring.

To learn more about ITS’ services, visit our website.

Ready to chat? Consult with our team today to schedule your commitment-free appointment.

5 Ways Managed IT Helps Save Time

One of the best things about technology is its ability to help us get more done, more quickly than ever before. An effective IT department can help...

Managed Services: What are you Paying For?

The common mistake with technology is that people don’t understand why they have to pay for services they don’t think that they need. In this...

Optimize your Business Technology for Success

There is no doubt that technology is a major determining factor in a business's success. Competition is fierce in the business world, and for every...